The AGE Representative participated in Conference"Let's turn up the power for more gender equality", organized in Brussels 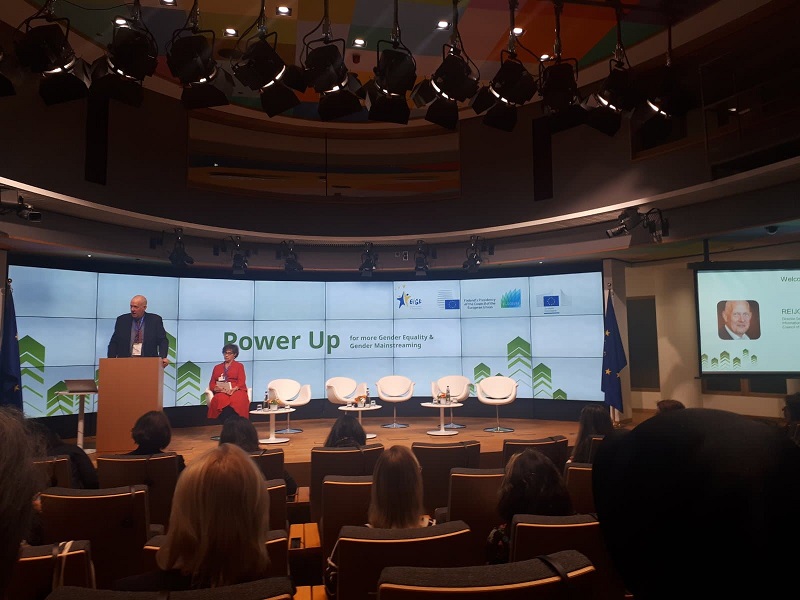 Years of crises, the increasing clout radical right-wing voices, and a sense of 'gender fatigue' have impacted EU governments' commitment to gender equality. New research from EIGE shows that Member States are allocating less attention to the institutional structures that have helped narrow the gaps between women and men.

“Progress on gender equality cannot be taken for granted,” said Virginija Langbakk, EIGE’s Director. “Governments need to turn up the power and provide adequate resources for the institutional mechanisms that advance gender equality.”

The commitment to gender mainstreaming has weakened since 2012, with only a quarter of Member States performing highly in this field. And while most Member States have the methods and tools to collect gender-disaggregated data, production and dissemination is lacking in several countries. This can make it difficult to adequately assess the situation of gender equality.

"If we want to see progress, gender equality must be woven into each stage of all policy processes, from the collection of sex-disaggregated data to the gender-sensitive evaluation of government action. That is the aim of gender mainstreaming, to which the EU Member States have been committed since 1995 when they adopted the Beijing Platform for Action at the UN World Conference on Women," said Barbara Limanowska, EIGE's Gender Mainstreaming Programme Coordinator.

The forthcoming report ‘Institutional Mechanisms for Gender Equality and Gender Mainstreaming’ compares data from 2018 with data gathered in 2012 to assess trends in governmental commitments to gender equality.